Skip to main content
You are here:
Home / The BALL project results presented in an U3A conference in Japan

The BALL project results presented in an U3A conference in Japan 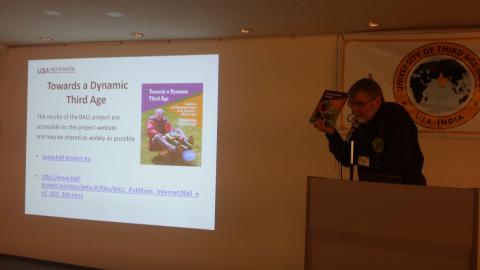 The Osaka International AIUTA Conference “Universities of the Third Age: a world wide link between an active and healthy aging”, organized by Osaka U3A and Asia Pacific Alliance (APA) was held in the Asia Pacific Trade Center in Osaka on October 11 and 12.

Dr. Hans Kristjan Gudmundsson, Chairman of the U3A Reykjavik, a member organisation of AIUTA, participated in the conference and presented the results of the Erasmus+ BALL project and the book recently published: “Towards a Dynamic Third Age” with guidelines and recommendations, developed in the project, on how to best prepare for the challenges in the latter part of life, preferably at an early stage well before retirement.

The attendants from more than 20 countries around the world showed great appreciation and interest in our project work and the resulting three actions suggested:  “Awareness Raising”, “Personal Development Academy” and “Warehouse of Opportunities”. The new approach that we took by concentrating on early preparation for the third age was received as very interesting, new and innovative approach.

The book is of course available for free electronically. However, reprints of its summary were distributed at the conference,and a few hard copies of the book were on display and handed over to leading key persons from different parts of the world. The recommendations resulting from this successful European cooperation between U3A organisations in Iceland, Poland and Spain have thus been disseminated world wide through the international U3A network. 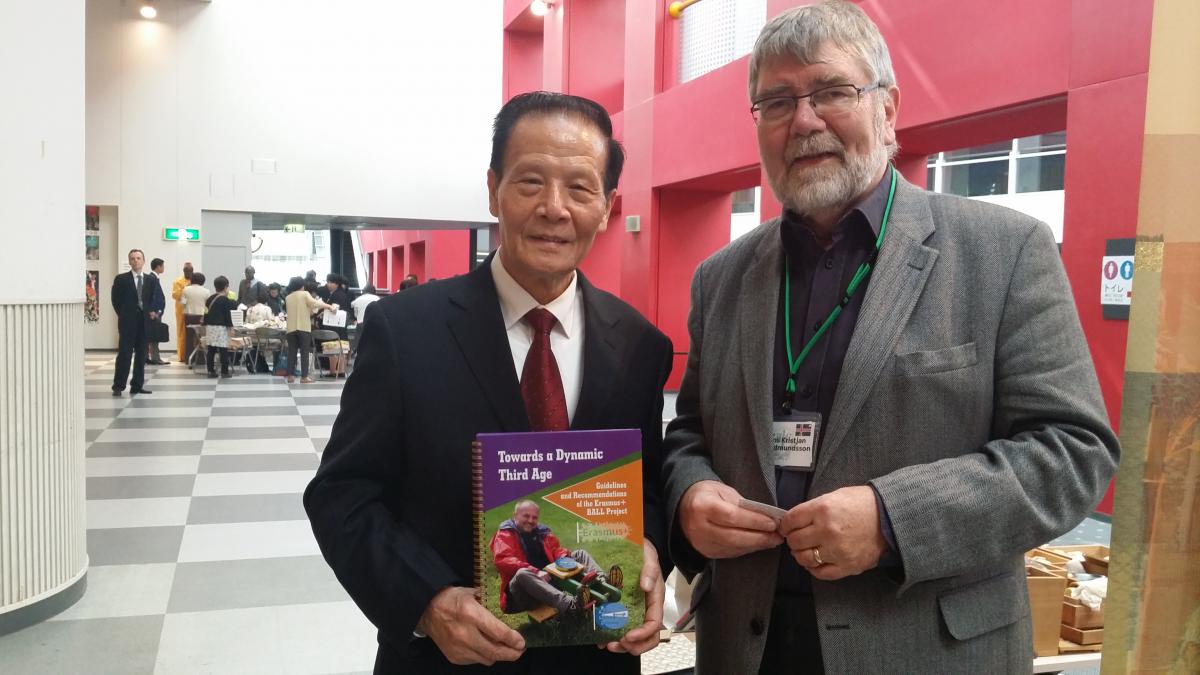 Mr Qicun Yang, president of the Jingdezhen third age university in China receiving a hard copy of the BALL recommendations 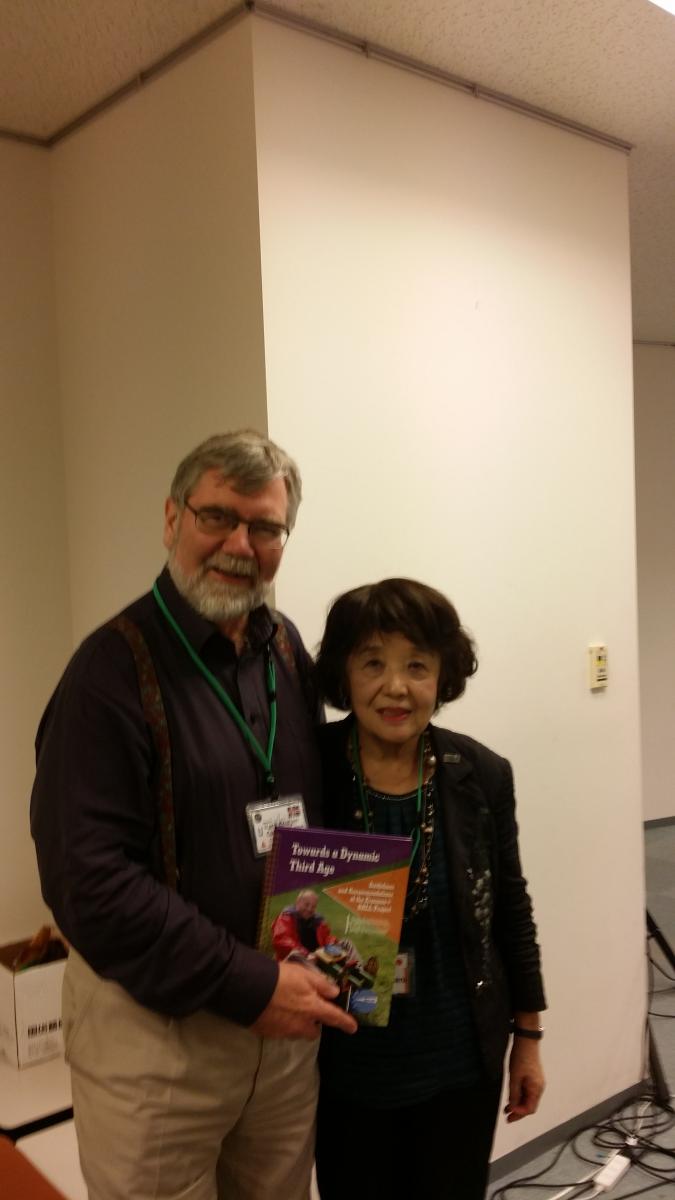 Mrs Akiko Tsukatani, director of the Age Concern Japan (Japan U3A) organizer of the conference, receiving a hard copy of the BALL recommendations 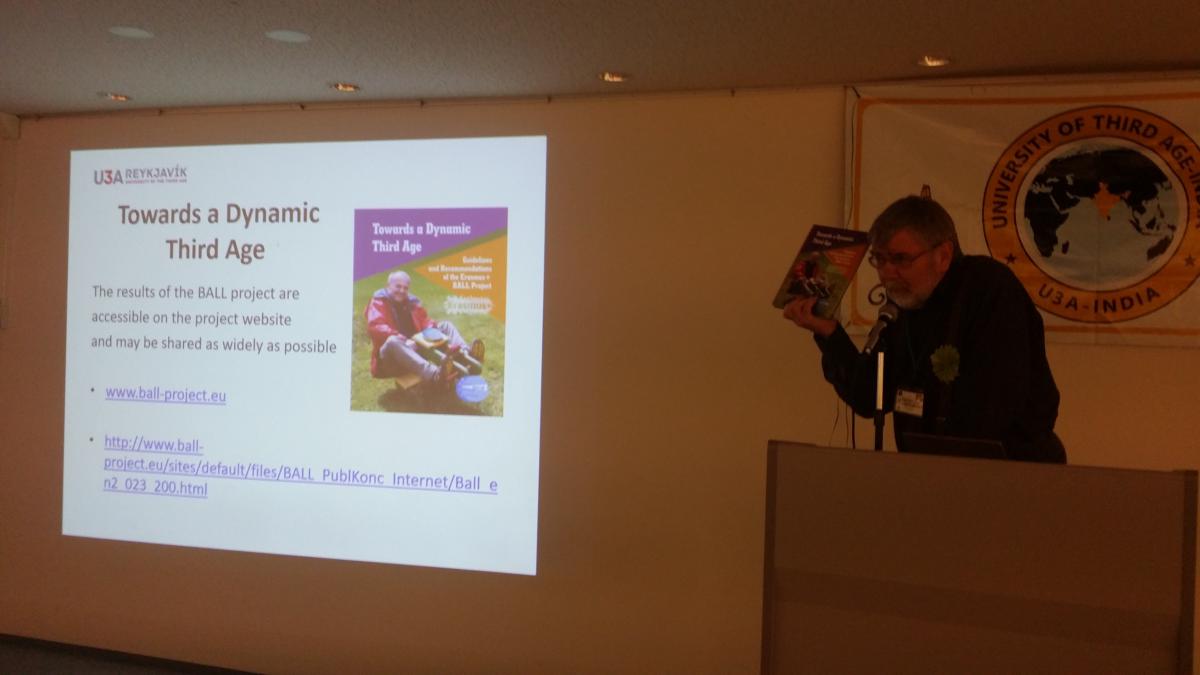 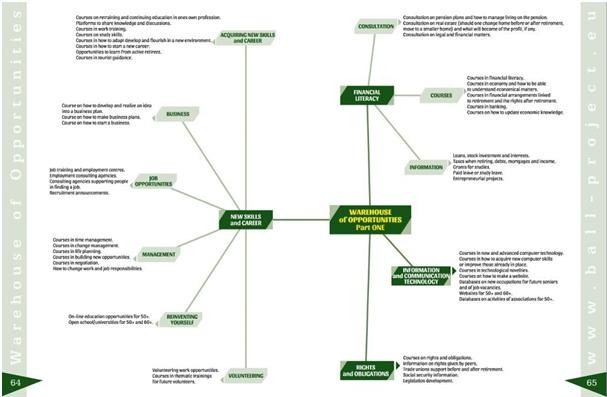 A mindmap representation of the “warehouse” idea